Time for Netflix to fast-follow TikTok

20 years of finance experience and obsessed with high quality results.

Mission is to “entertain the world”. User Generated content is highly entertaining.

This strategy plays to Netflix tech DNA and prowess.

It’s relatively easy to do, highly profitable and people want it.

At Netflix, We Want to Entertain the World - Netflix Mission Statement

TikTok is engaging, entertaining and addictive; full of short-form user generated content (UGC) consuming a significant amount of America's leisure time. TikTok clearly has hurt Facebook and Netflix. I know because my kids and their friends now choose TikTok over both; this was not the case 2-3 years ago.

When I talk about User Generated Content, think of some combo of YouTube and TikTok. At a minimum it is entertaining videos – usually silly and funny; evolving over time.

It is NOT a social media platform, but some social elements will emerge over time: liking, sharing, following, etc…

Why Netflix must copy TikTok (a summary):

Netflix Mission “to Entertain the World”

Music and Podcasts are both digital forms of entertainment where one could argue Netflix should compete. However, videos have always been and are the core of Netflix. In fact,  arguably, UGC videos are more aligned and strategic with the Netflix platform than gaming! 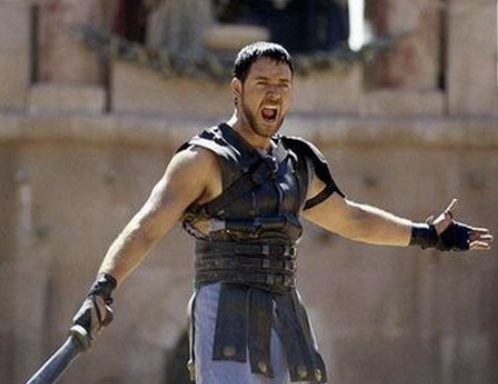 Finally, and at risk of repeating over and over, short form UGC videos are so addictive and entertaining, it is simply obvious that Netflix must enter the space.

Eventually though Netflix will monetize these videos in various forms of advertising; similar to YouTube and TikTok, the former earning $7.2b from ads in Q2 2022 (i.e. a similar size business as Netflix).

Netflix never used to “do” advertising. As Reed explained so eloquently in their Q4 2019 earnings call: Google, Amazon and Facebook do it so well that Netflix can’t efficiently compete. Fast forward a couple of years, and now Netflix will compete. Point here is Netflix needs to and can pivot strategically.

Technology is core to Netflix and UGC plays perfectly

Netflix disrupted traditional TV with streaming, and they paid the pioneer tax in developing the underlying tech infrastructure: cloud-based, file compression, video delivery, dubbing, algorithms, etc… The list is long. Unfortunately, for Netflix, their technology lead is no longer a formidable barrier. Traditional studios have replicated or licensed the technology, and though still lagging, it’s good enough.

Example: If I really want to watch Yellowstone (one of my favorites and not on Netflix), I don’t care if the content buffers for 10 seconds on start-up or starts over at the beginning when I leave an episode midway. These are annoyances and something you would never experience on Netflix. But other technologically inferior streaming services are rapidly solving these issues; and now “Content is King”. Again.

However, traditional studios would have technological difficulties creating a delightful app experience to watch UGC. It's just not in their wheel-house or DNA. Executive leadership would never go for it: they are producers!

But this is Netflix DNA: Technology. It screams “Silicon Valley”, not Hollywood.

The Heavy Lifting is Done

New apps will come along and reach global scale. But it is a mammoth feat to reach 1 billion users. Amazon, Facebook, Instagram, YouTube, Google Maps and Search, Safari AND Netflix. There are simply not a lot of apps that count 1 billion downloads and real-estate on the iPhone home screen.

Just turn it on. Build it and they will come.

Netflix is not a Social Media company.

Again this should not be construed as a social media play, but simply a move into short-form user generated video content.

Meta spends billions trying to copy TikTok with Reels. How can Netflix compete?

Netflix doesn’t need to be nearly as complex. Just let users upload funny content. Many, like myself, do not spend time creating content, but we really enjoy it. Overtime Netflix will iterate:

This is a fair concern. But again, just turn it on and see what happens. Maybe you will have to dedicate armies to content moderation. But if it's generating billions of dollars, then so be it?  TikTok, YouTube, Twitter, etc… are paying the pioneer tax on this front, so Netflix can learn from them.

Move fast and enable User Generated Content now. UGC makes perfect sense. It will be synergistic with your ad strategy and contribute to broadening and growing the Netflix ecosystem.

Finallyk, Netflix should require their extended management team to use TikTok for 30 days; I’m afraid they’re out of touch.

You can reach me at sean@HathawayFinancial.com

After reading, check my latest takes on Finance world

Here is the video