College Football Could Decide the Presidency

20 years of finance experience and obsessed with high quality results.

It's insane how important and relevant college football is and how it will influence the presidential election. Here is a recent ad by Biden, basically blaming Trump for the shutdown of college football, and of course conversely, this week Trump spoke directly with the commissioner of the Big10 in an effort to try to get them to play football. Politics!?

There are 5 so called “power conferences” in football: SEC, ACC, Big12, Big10 and Pac12. These conferences include the biggest schools in the US and make up the majority of college football viewing.

So get this: the SEC, ACC and Big12 are hell-bent on playing football this fall. The Big 10 and Pac12 cancelled their seasons due to Covid - but those decisions may very well be reversed...more on that later.

Think of the Pac12 as west coast schools and the Big10 as mid-west or upper middle US. Below is a great map/graphic to help visualize where these schools are. 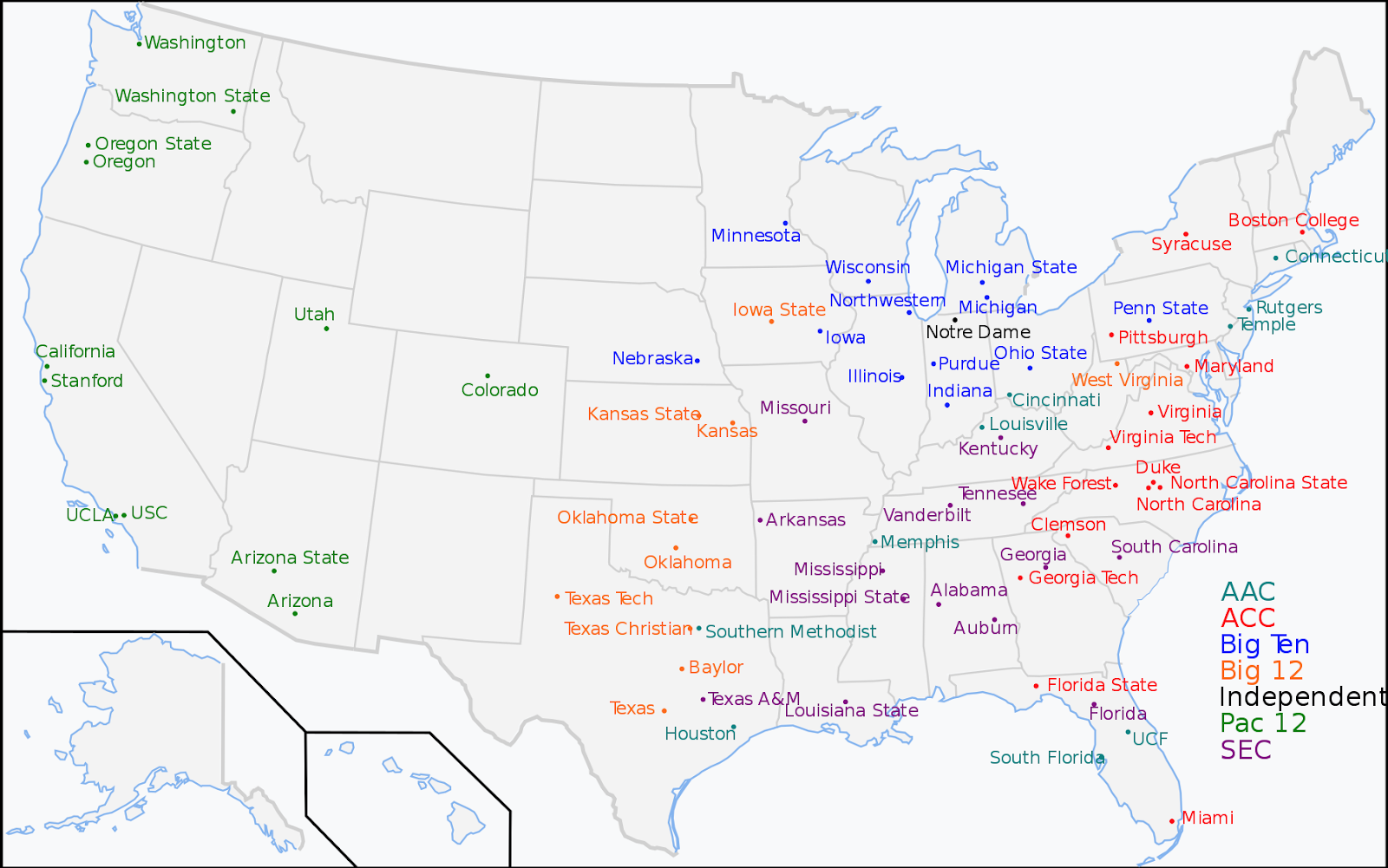 The SEC, ACC and Big12 include schools and regions that live and breathe football. Think Alabama, Texas, Florida, Oklahoma, etc... Football is a lifestyle, a religion, a way of life and it shows in National championships.

No Pac12 schools on that list and Ohio State from the Big10 is on the list once.

How important is football? Well according to this thoughtful write-up the top 25 football programs combine to earn an annual profit of $1.5 Billion dollars on $2.7 Billion of revenue. Texas A&M is #1 bringing in almost $150 million in revenue and $100 million in profit. It's widely understood that these football programs help fund all other sports. And don’t be mistaken; college football is a business and it's very much about money and prestige.

So now there is a lot of hoopla about the Big10 not playing. Apparently a vote was held a few weeks back among the presidents and chancellors of those schools and it was 11 to 3 against playing (there are 14 schools in Big10). Three schools voted to play: Nebraska, Ohio State and Iowa.

The decision to not play has been embroiled in controversy. In fact, the Big10 just this week made public the results of the votes after significant public pressure, including lawsuits. Public institutions not being transparent around how they decided to cancel football is entirely inappropriate.

BTW, nobody seems to care that the Pac12 is not playing. It's three-fold: (1) The Pac12 is rarely in contention for a national championship, (2) the west coast does not bleed football like Texas and (3) the west coast is led by democrats that have locked down the states. Governor Gavin Newsom still has some of the most draconian authoritarian measures in place, so it's hard to even imagine 4 of the Pac12 schools (USC, UCLA, Stanford, Cal) playing at all.

My personal belief is these schools should be playing football. I think the athletes would be safer and healthier hanging out with each other, practicing, working out and getting tested regularly. They could even have them all live together. If these student-athletes are not playing football, they will be out socializing and partying regardless.

No need to talk about the Pac12 much, because three of the states there: Washington, Oregon, California are blue democratic strongholds, housing 8 of the Pac12 schools. And nobody is really complaining about not playing. The Pac12 was arguably irrelevant, and they are boldly solidifying that position.

But the Big10 is VERY interesting for a few reasons:

So in terms of Big Football programs in these states think:

These are BIG Schools, with BIG followings in BIG swing states. Trump won Michigan by just 10,000 votes. That’s like 1/10th of Michigan fans in the stadium!

So if Michigan is not playing and the fans are pissed, the presidential election could come down to “who is to blame”. Do you think it's Trump's fault because he mismanaged Covid? That argument could work, but it is materially weakened if SEC, ACC and Big12 start playing football.

Or do you blame the democratic leadership? Gretchen Whitmer is another lock-down heavy democratic governor who said “I was glad that the Big Ten took the leadership role that they did”. So maybe people blame her as a democrat and therefore Biden.

One thing is for sure Trump wants them to play and he wants credit for them playing. I don’t think it's playing well for the democrats at this point. The Big10 is now revisiting their decision and are talking about a revote.

In the meantime a lot of college football games will kick off this weekend and next. Imagine how the players in the Big10 and Pac12 are going to feel watching. Ouch.

More fun to come in the near weeks ahead.

Below are the electoral results (source: Wikipedia). 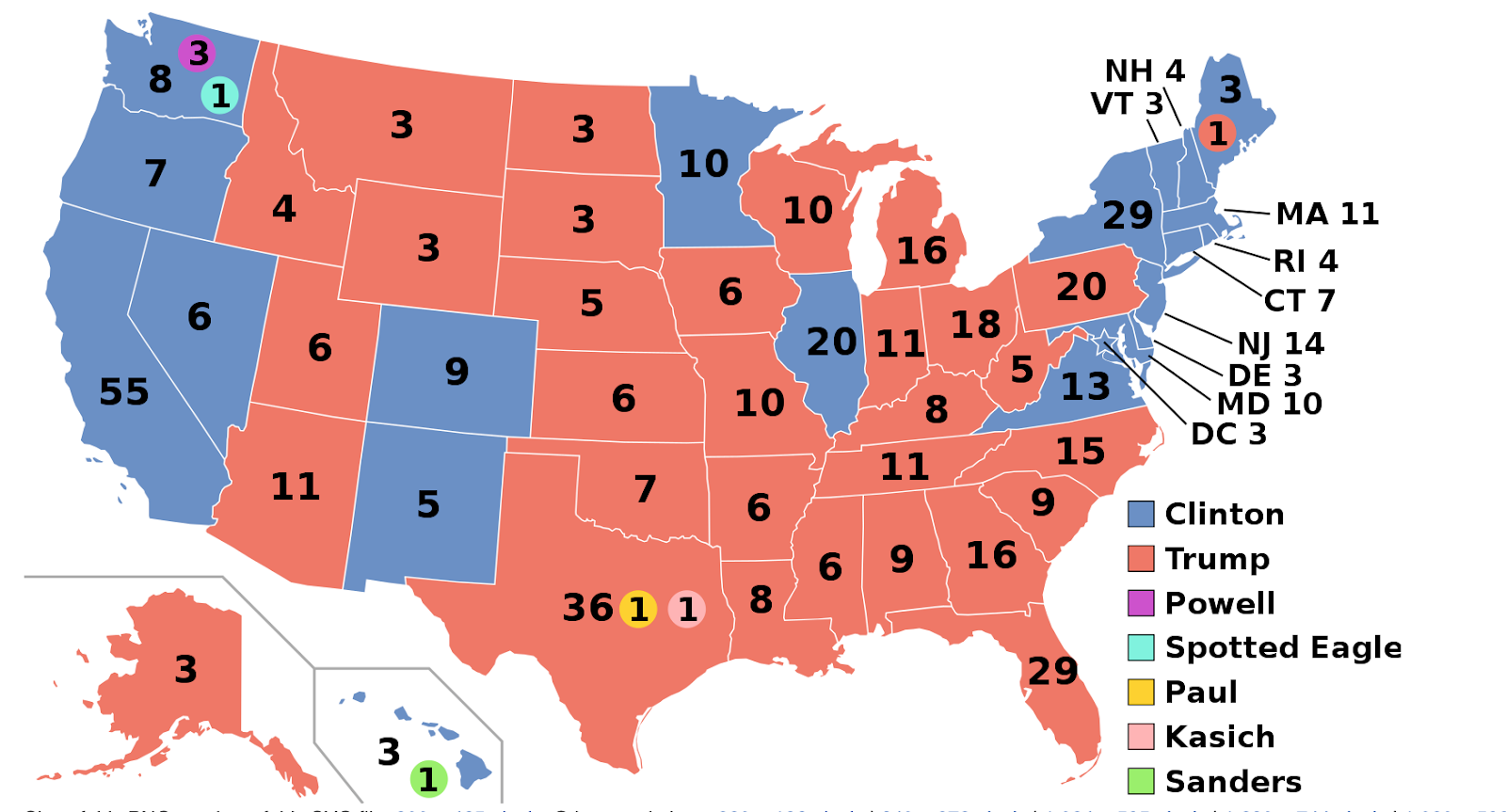 After reading, check my latest takes on Finance world

Here is the video